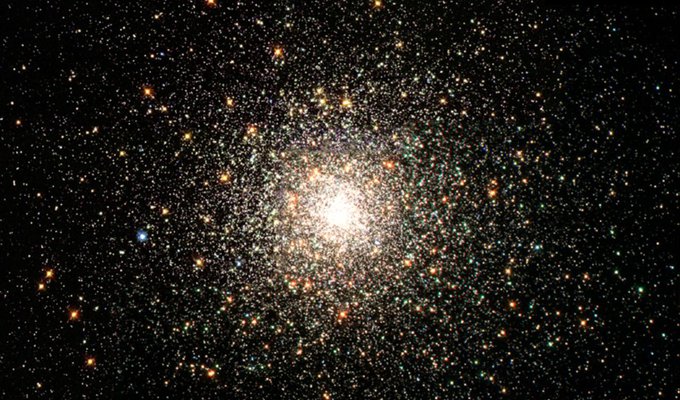 Our Galaxy, the Milky Way, is surrounded by about 200 groups of stars, which are called globular clusters. They are almost as old as the Universe and hold valuable clues about how the first stars and galaxies formed.

Astronomers had thought that the total number of globular clusters increased during star-making frenzies called ‘starbursts’ when the Universe was young. However, using a computer simulation, a team of astronomers has found that starbursts actually destroyed more of these globular clusters than they helped to create.

Starbursts are often caused by the collision of two galaxies. During starbursts, gas, dust and stars are still being sloshed around from the galaxy collision. This means that the pull of gravity on the globular clusters from the gas, dust and stars is constantly changing. This is enough to rip apart most of the globular clusters and only the biggest ones are strong enough to survive.

The astronomers say that this explains why the number of stars contained within globular clusters is roughly the same across the entire Universe. “In the early Universe, starbursts were commonplace – it therefore makes perfect sense that all globular clusters have approximately the same large number of stars. Their smaller brothers and sisters that didn’t contain as many stars were doomed to be destroyed,” says astronomer Diederik Kruijssen.

The globular cluster survivors that surround the Milky Way contain up to a million stars each!