A rogue planet has been spotted wandering alone through space with no parent star in sight! The little orphan is thought to have formed in the same way as normal planets: from the leftover material around a young star. But for some reason this planet got kicked out of its home.

Planets don't shine with their own light. If you've ever seen Venus, Mars or Jupiter in the night sky, you're actually seeing light from the Sun (the star closest to Earth) reflecting off them. Since rogue planets aren’t close to any stars, they don’t reflect any starlight making them very difficult to spot. Astronomers actually think these wandering worlds might be more common than stars in our Galaxy, but we just have a hard time spotting them!

It's always tricky trying to calculate the size of objects so far away in space. Try looking at a boat on the horizon and try to guess how far it is and how big it is! It's even harder when the object is very dark and floating through space.

Astronomers admit that they might have misjudged the size of this little rogue — it might not even be a planet at all, but a Brown Dwarf! These are star-like objects that are much bigger than planets — up to about 80 times bigger than Jupiter — but too small to be stars. They don't burn fuel at their cores, like stars do, so they are too cold to shine brightly.

Whether this rogue world is a planet or not, you wouldn't want to live there. Floating out in the endless night of space must make this a dark and desperately lonely place to be!

Some astronomers say there are about twice as many rogue planets as there are stars in our Galaxy; others think there are up to 100,000 times more! 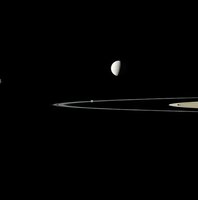 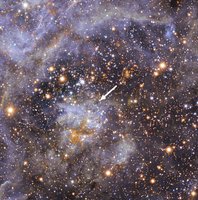 The Curious Case of the Spinning Star