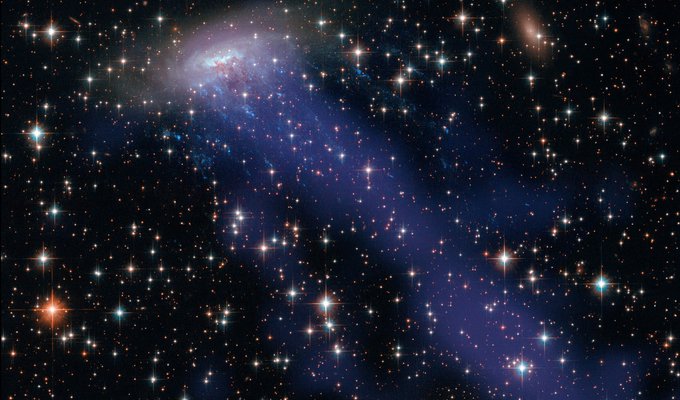 Picture the scene: you’re in the countryside far from the nearest village, on a warm summer night. The wind is still and there’s silence except for the soft sounds of night-time animals. You lie on your blanket among the long green grass and gaze up at the clear night sky. The moon smiles down at you and the stars twinkle happily. Can you imagine a time you’ve ever felt so relaxed?

But everything is not as it seems. Deep in space there is a spiral galaxy being violently ripped apart by its neighbours!

The galaxy is called ESO 137-001 and in reality it is hidden from our view by a thick fog of space dust. You can only see it in this photograph thanks to the Hubble Space Telescope’s impressive power.

ESO 137-001 is travelling through the heart of a cluster of galaxies called Abell 3627. As it moves, the pull of the surrounding galaxies is tearing at it from all sides. Bright blue streaks are being torn from it, leaving behind tell-tale clues to this cosmic crime. Upon closer inspection, these blue streaks are rows of hot, bright, young stars.

ESO 137-001 is part of the Norma Cluster, a cluster of galaxies near the centre of the Great Attractor. We’re not exactly certain what The Great Attractor is, but it definitely earns its name! The region is so massive and has a gravitational pull so strong, that it is pulling entire galaxy clusters towards it! Even our Galaxy is being slowly dragged towards this mysterious part of space. 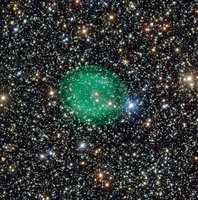 “Ain't No Sunshine When She's Gone”

Which Will Slow First: a Star or a Fidget Spinner? 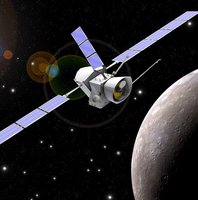