Machines Learn How to Dodge Asteroids
May 17, 2018 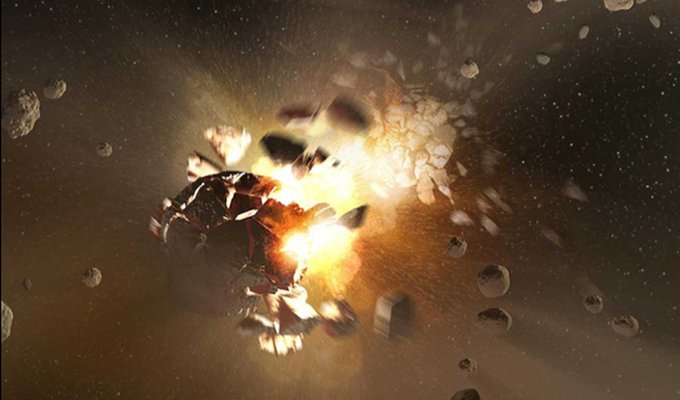 On 12 October 2017 an asteroid the size of a bus whizzed past Earth ten times faster than a jet plane (25,000 kilometres an hour).

An asteroid of this size would have quickly burnt up in Earth’s atmosphere, but it’s close shave with Earth raised a lot of questions. How can we fend off an asteroid on a crash course with Earth? Which method would give us the best chance of success?

To answer this, scientists have been using something called “Machine Learning”.

Machine learning is all around us – it’s used by email spam filters, recommendations in online shops, and in many other places. With machine learning, to get the computer to perform a task, you show it examples of that task being done. The computer learns how to do that task from the examples that it is given.

In this case, the computer was fed millions of simulations of asteroids careening towards Earth. Each one resulted in either the asteroid hitting or missing the Earth. The success was based on many things, from size of the asteroid, to the method used divert it, and how early it was spotted.

Using this information, the computer was trained to see patterns in when a hit or a miss might occur. Once the computer is properly trained, it can tell us the best way to stop an asteroid hitting from Earth.

So, if one day we discover a real asteroid on a collision course with Earth, the computer will use its training to instantly tell whether or not we will be able to move it out of a collision course. Plus, it can tell us how to do it!

Lots of methods have been proposed to dangerous asteroids heading for Earth, including nuclear detonation and so-called “gravity tractors”. The gravity tractor method involves hovering a spacecraft near an asteroid and allowing its gravity to nudge the asteroid in a different direction. This method had less impressive results than a nuclear bomb, but it’s much safer!

This Space Scoop is based on a Press Release from SAAO .

Born to be Wild