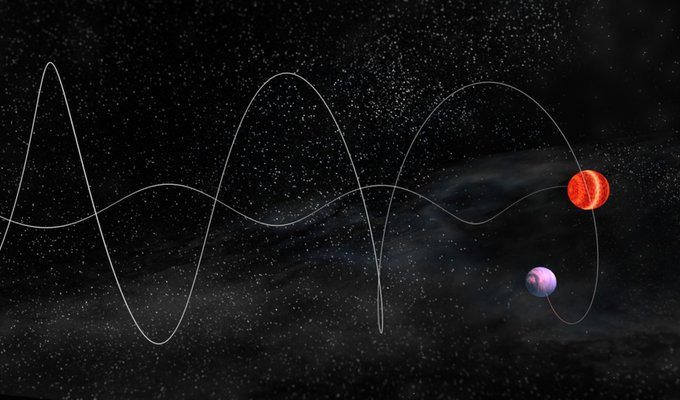 Using the National Science Foundation's Very Long Baseline Array (VLBA), astronomers have found a Saturn-sized planet orbiting a small, cool star. What makes this planet special is not what it is, but how it was found.

Astronomers have found more than 4000 planets beyond our solar system (known as exoplanets). In fact, we expect there are many, many more!  Nearly all of these exoplanets were found without seeing them directly. Instead, astronomers have to use special techniques to find them.

The Very Long Baseline Array discovered this Saturn-sized planet, which resides about 35 light-years from Earth, using a special technique. This technique has long been known, but it is not easy for astronomers to use

The telescope needs very specific measurements of the star’s position in the sky. The telescope then very carefully follows the star's motion as it travels through space. Sometimes, the telescope will detect a teeny tiny "wobble" in the star’s movement. This wobble means that a planet is nearby! The wobble is caused by the gravitational pull of the planet that is interacting with the star. Once this wobble is detected, scientists can then use mathematics to calculate where the planet is located.

Finding this “wobbling” in the star to discover the exoplanet in this way is special.

Cool Fact
This is only the second time that an exoplanet has been discovered using this technique by any telescope!
This Space Scoop is based on Press Releases from National Radio Astronomy Observatory , NRAO . 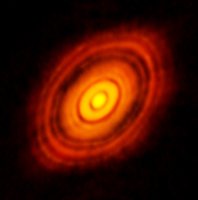