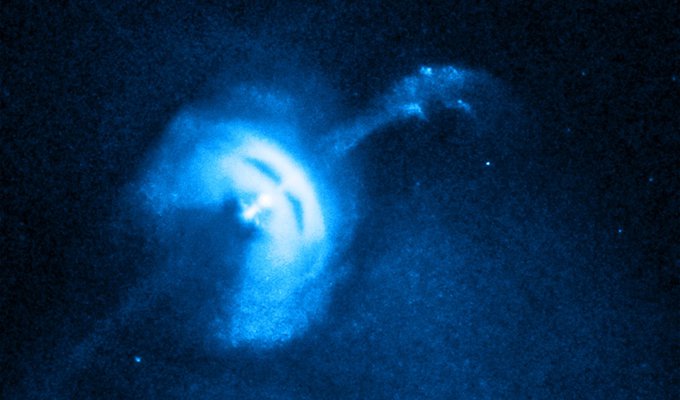 Millions of people around the world believe in ghosts, many of them even claim to have seen one. Well, now you can count yourself among them! This spooky new image shows a massive star in its afterlife. You could say it's a 'ghost star'.

A large star comes to the end of its life when it runs out of fuel. At this point the star's outer layers are blown away in a powerful explosion, and the core collapses in on itself. While the cast off outer layers can create some fascinating and colourful patterns (like this), it's at the core that things get really interesting. This haunting space picture shows the dense, leftover core of a massive star after it has gone through its dramatic end-of-life explosion.

While the outer layers are blown away, the core collapses in on itself. Enough material to make a Sun like ours (and then some) is squashed into an area much smaller than an average city! The core then begins its afterlife as a new type of star. In this picture the core has been reborn as a 'pulsar'. This is a star that spins around extremely quickly – turning even faster than a helicopter rotor! As it whips round, the pulsars spews out jets of material, can you see one stretching upwards in this picture?

Click here and you can see this pulsar in action!

Pulsars have extremely powerful gravitational fields. If you stood on the surface of one, you'd weight about two million, billion times more than you do one Earth! 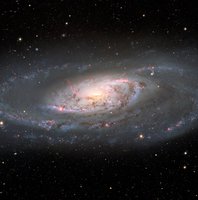 An incredible view up close