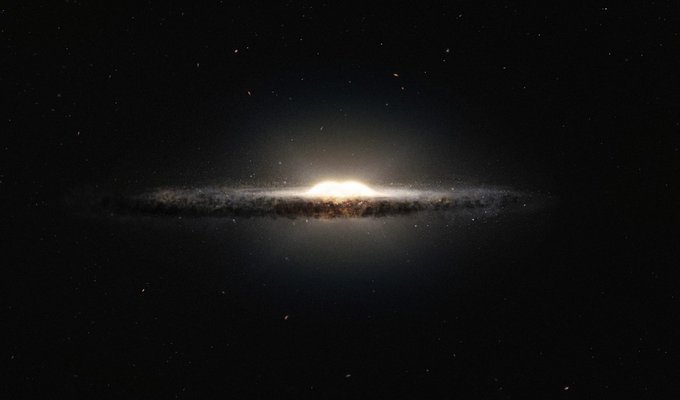 For a long time, astronomers found it very difficult to make a map of the very centre of our Galaxy, the Milky Way. This small central region is a very crowded place filled with stars and dust that are hard to see past.

This part of the Galaxy is also very tricky to study because there are so many stars there. In fact, if the Earth was somehow moved there, the stars in the night sky would be bright enough to read a book without turning the light on!

You can imagine the Milky Way as a CD with a ball of cotton wool slotted through the hole in its centre. It has a largely flat shape, and in the middle there is this dense ball, called the 'galactic bulge'.

It’s a fairly small are, but it contains about 10 000 million stars! It’s one the oldest and most impressive features of the Galaxy, but it was not very well understood until now.

Two groups of astronomers have teamed up and pointed some of the world's most powerful telescopes at the centre of the Milky Way, to get the most detailed pictures of the heart of our Galaxy ever!

The map is 3D, giving us views of the deepest depths of the Galaxy from different angles and revealing its secrets. One finding was quite surprising: it turns out that the Galaxy centre is shaped like a giant peanut!

Did you know that Earth, the Sun and our entire Solar System are orbiting around the centre of the Milky Way at thousands of kilometres per hour. But even at that speed, it still takes over 200 million years for us to make one complete orbit around the galaxy!