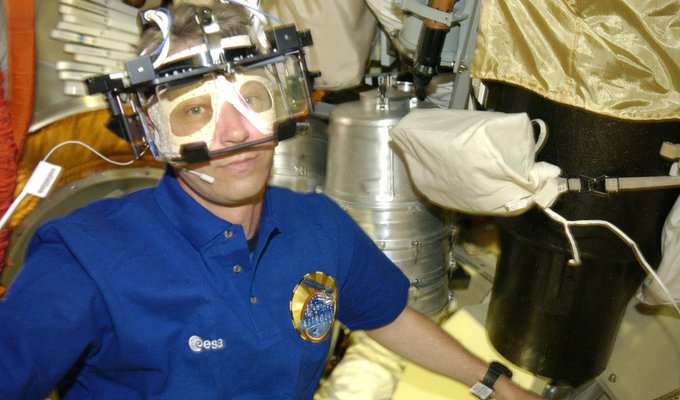 Millions of people around the world have had laser surgery to correct their eyesight, but did you know this surgery is only possible thanks to technology developed for use in space?

If you look at a fixed point while tilting or shaking your head, your eyes automatically hold steady, allowing you to see clearly even while moving around. Most species on Earth have this ability, going back as far as the dinosaurs. It’s a neat trick of nature that we don’t even think about.

Behind the scenes, your brain is constantly receiving messages from your inner ear. These messages tell you which direction is which, helping you keep your balance and keep your vision stable. This is possible due to gravity, which tells us which way is down.

But how do astronauts cope in space where there is no gravity? How do their eyes focus on a computer screen when they’re floating on the International Space Station?

To investigate this phenomenon, researchers created a special instrument to measure astronauts’ eye movements without getting in their way. The instrument is called the Eye Tracking Device. It's basically a helmet with a camera that takes pictures of the astronauts' eyes and records where they are looking.

Back on Earth the very same Eye Tracking Device has provided doctors with a way to carry out delicate laser eye surgeries that have improved the lives of millions of people!

Space technology has had an impact on our daily lives in a huge number of ways. Some big, like the ability to send information across the globe in seconds and the creation of artificial limbs. Some small, like comfy insoles for our shoes and memory foam mattresses. 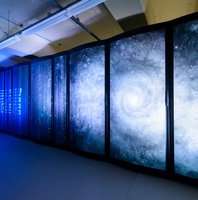 Cosmic Computer Gets An Ego Boost