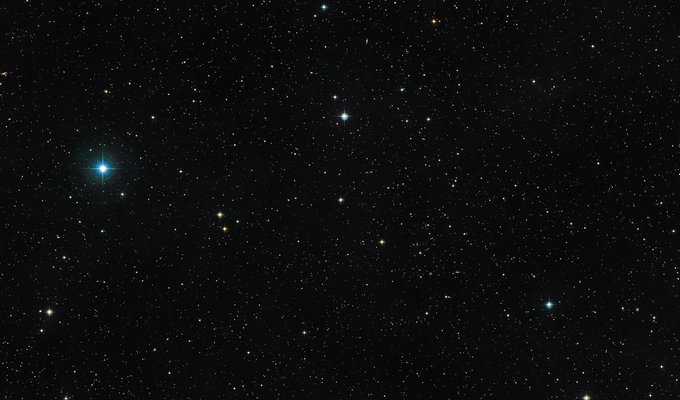 Over half of all Sun-like stars are born with a sibling star. When two stars are born together they fall into orbit around each other, creating what we call a binary system.

One of these pairs can be seen in this picture. The two stars lie very close together and circle each other once every 12 hours. Twice during every orbit one star passes in front of the other.

The system regularly dims for a short time as the pair eclipse each other, like a lighthouse but in reverse. An eclipse is when the light from one object is blocked by another object.

Using a powerful telescope, scientists monitored the dimming very carefully and they found that the dimming of the stars was not as regular as expected. But the strange behaviour could be easily explained if there were another object orbiting the duo.

So, for years now astronomers have confidently believed that a dark object known as a brown dwarf star was lurking, hidden within this binary system. But new observations using a newer and more powerful telescope have shown no sign of the expected dwarf star.

But if there is no brown dwarf, what is causing these stars to behave so weirdly? We don’t know for sure, but the favourite theory is that the stars’ magnetic fields are warping their shape and changing their brightness.

The new images of the binary system are so accurate that they would have been able to reveal a brown dwarf 70 000 times fainter than the central star!