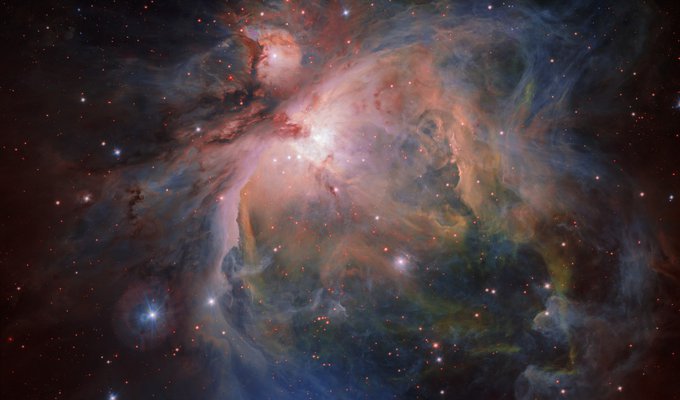 In 2009, a woman in the US broke the world record for most children delivered in a single birth, when she gave birth to eight healthy, little babies.

In the animal kingdom, the record is held by the male sea horse which can carry up to 2,000 babies at a time, before giving birth like a living confetti cannon. However, the real winner of the ‘Mother of the Year’ award are nebulae.

Nebulae are clouds of gas and dust in space, from which billions of new stars are born. Like seahorses, stars are normally born with thousands of siblings, all of which form from the same cloud at the same time.

This space photograph shows the most famous star-forming cloud in the sky, the “Orion Nebula”. You can see the colourful, swirling clouds of gas that make up the nebula, along with thousands of newborn stars.

The Orion Nebula has been admired by humans for thousands of years, but still we’re uncovering new secrets. Using this space photograph to measure the brightness and colour of all the stars, scientists were able to calculate their precise ages.

The group also found that each of the three different generations spin at different speeds — the youngest stars have the most energy and spin the fastest, while the oldest stars spin the slowest.

Our Space Senses are Tingling