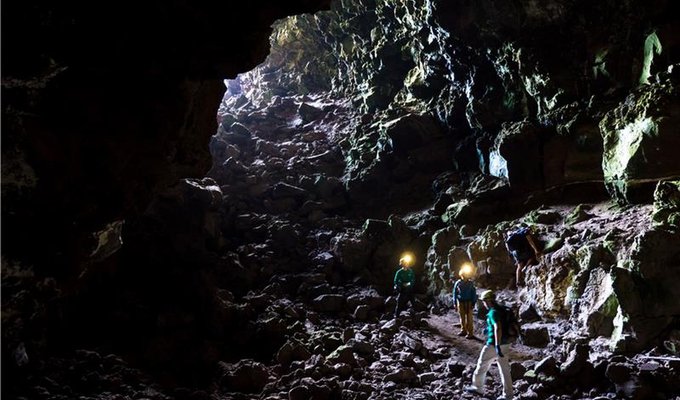 For many people, visions of our future in space consist of hovering spacecraft, lunar greenhouses and dome-like buildings. But if you’re dreaming of a new life beyond the Earth, you might want to change your outlook. Underground caves on the Moon could become the luxury villas of the future!

The Moon is our closest neighbor. At just three days travel from Earth, it’s an obvious target for humanity’s first home-from-home.

To help make this dream a reality, scientists have been researching underground tunnels that might exist on the Moon.

Photos of the Moon show chains of collapsed pits on the surface, suggesting there might be enormous caverns and tunnels hidden underneath. The tunnels could be part of huge networks, large enough to fit streets or even towns for future explorers.

Despite being our closest neighbor, the Moon is a far more hostile place than Earth. Temperatures on the surface can drop twice as low as Earth’s south pole or as high as 100°C! This is mostly because there isn’t an atmosphere on the Moon like we have on Earth.

Living underground on the Moon would protect us from these deadly temperatures, sheltering us from falling space rocks and block the Sun’s dangerous radiation. Plus, underground havens like these could be perfect for alien life which might be living on the Moon or Mars.

Astronauts are being trained in the caves on Earth, learning how to carry out the research they may need to do during future missions to the Moon or Mars.

To get a better view of underground caves on the Moon, we’d need a meteor to collapse or puncture the cave roof, revealing the tunnels hidden below.