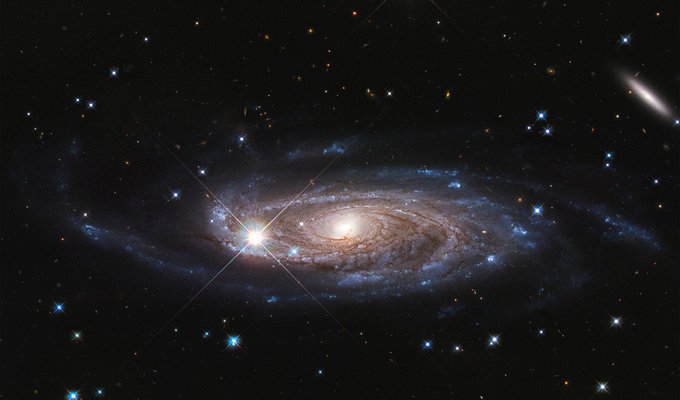 Compared to us and anything humans could build on Earth, most objects in space are very big. But some cosmic objects are so big they are even hard to imagine.

The Hubble Space Telescope has captured an image of  a majestic - and enormous - spiral galaxy.

The galaxy is called “UGC 2885” and may be the largest known in the local universe. It is 2.5 times wider than our Milky Way and contains 10 times as many stars.

Despite its gargantuan size, researchers are calling it a “gentle giant” because it looks as if it has been sitting quietly over billions of years. Like sipping a drink from a straw, this galaxy slowly eats gas and dust from the space around it, growing little by little  over time.

Researchers are still seeking to understand what led to the galaxy’s monstrous size. One clue is that the galaxy is fairly alone in space. It does not have any nearby galaxies to crash into that would disrupt and change its shape.

Image credit: NASA, ESA, and B. Holwerda (University of Louisville)

The star that shines bright on the left side of the galaxy in this image is not part of this galaxy! It is located an astonishing 232 million light-years closer to us and lies between us and this monster galaxy.