Ringside Seats To A Planetary Bake Off
30 Ottobre 2014 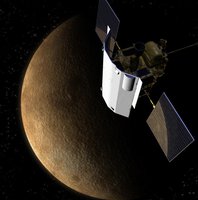