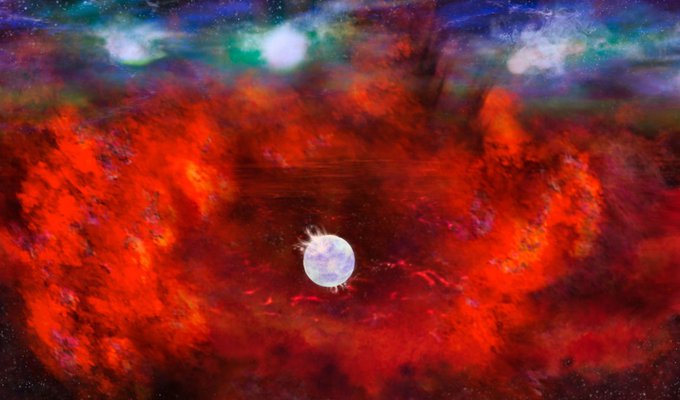 Things in space aren’t always what they seem...Sometimes you have to study a single object in space for a very long time to truly understand what it is! New findings from the National Radio Astronomy Observatory now hope to have cracked a mystery that has been 33 years in the making!

When a huge star reaches the end of its life, it explodes in a brilliant supernova. The star's outer layers are blasted away in the explosion, but material at the centre of the star collapses in on itself. This forms a tightly packed ball of material. What we end up with is the densest (meaning 'most tightly packed') object known in the entire Universe other than of black hole: a neutron star!

Scientists now hope they may have cracked an old mystery of what lies at the center of the remains from supernova 1987A. This explosion took place in the year 1987 (hence its name) and was one of the brightest explosions of a star in the night sky. Ever since, scientists have been searching for a compact object that should have formed in the leftovers from this blast.

When the supernova occured, scientists could not find any evidence of a neutron star. They then wondered whether it had collapsed into a black hole instead. So, for more than three decades, scientists have been waiting for a clue to help them uncover what truly exists in the aftermath of this supernova.

Recently, the radio telescope ALMA provided what is believed to be the first evidence for the missing neutron star. New images taken by the telescope are so clear that they have revealed a hot “blob” in the dusty core of the supernova. This blob is brighter than its surroundings and matches the suspected location of the neutron star.

If this is confirmed in fact to be a neutron star, this would be the youngest neutron star that we know of! Astronomers will continue to study this mystery in hopes of uncovering more clues that will help us understand it’s true identity!

Why You Couldn't Hide Your Spaceship in a Nebula 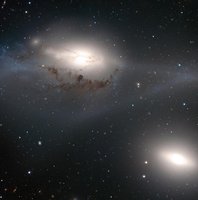