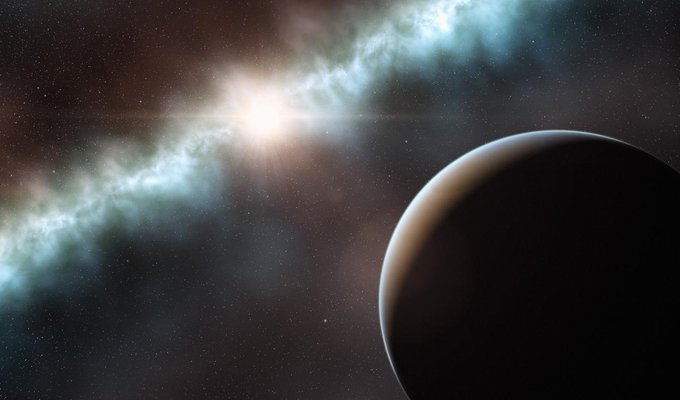 Astronomers want to learn more about how planets like the Earth are formed. Since all of the planets in our Solar System are already fully grown, they have to use powerful telescopes to look for baby planets around distant stars.

Planets form in the discs of dust and dirt that surround young stars. But since this happens quickly, and because baby planets are tricky to spot, astronomers had not seen any before.

However, using four big telescopes called the Very Large Telescope in a country called Chile in South America, each with a mirror that is about 8 metres in size — larger than your classroom! — a group of astronomers recently found what they think is the youngest planet known in the Universe! It is so young that it is still inside its parent star’s dusty disc.