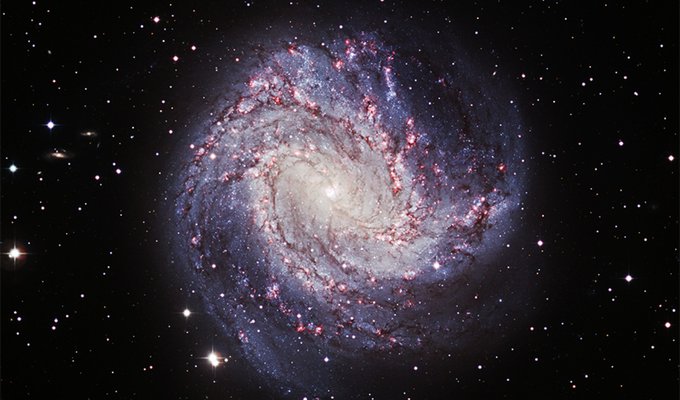 A black hole is formed when a massive star is squashed into an incredibly tiny volume. (The equivalent of squeezing the Earth into the size of a marble!) Packing so much material in such a small space gives black holes a superpower: Incredibly strong gravity that can even swallow-up light forever if it gets too close!

Around the danger zone, before disappearing forever into the black hole, any nearby material is accelerated to very high speeds. This fast-moving material gives off X-rays, which astronomers can observe using special telescopes in space.

The black hole in the galaxy M83 is now producing 3000 times more X-rays than it had been before it became mega-powerful!

From Science Fiction to Science Fact!