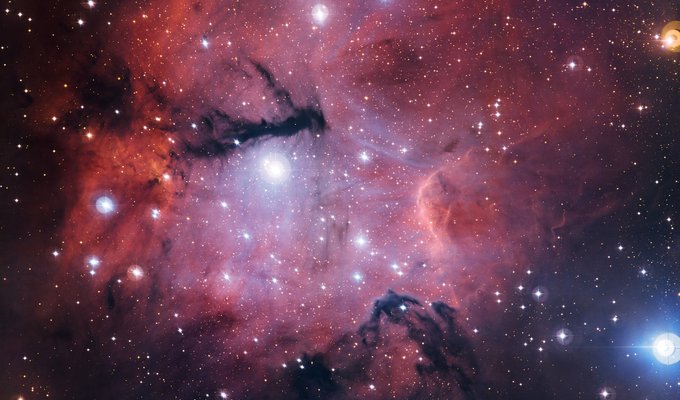 Some photographs are just too good not to share – this happens quite often when taking pictures of deep space. Take this stunning new picture from the European Southern Observatory as an example. This photograph shows a little-known cloud of cosmic gas and dust (known as a nebula) called Gum 15.

This picture was snapped using a large telescope based in one of the most extreme environments on Earth; a very dry and very remote region of Chile called the Atacama Desert. The area is so barren that it's often compared to the surface of Mars. Scientists even ran tests there that were later used on Mars landers to look for life – and they didn't find anything!

Although all that makes the Atacama Desert sound uninviting it is the ideal location for a telescope. With so little water, there's hardly any chance of clouds gathering and blanketing the night sky. There are no towns, cities or even houses nearby, which means there is no light pollution contaminating images and no radio signals interfering with observations.

And finally, the Atacama Desert is really high up, with much of it reaching 2,500 metres above seal level! The higher a telescope is based, the less atmosphere it has to look through to see the stars. The atmosphere can distort and scatter light as it travels from space to the telescope. It's what makes stars twinkle after all!

Thanks to the combination of all these things, telescopes based in locations like the barren Atacama Desert can capture beautifully detailed images of the Universe, like this one!

Cosmic clouds like Gum 14 produce many thousands of stars over a period of several million years!