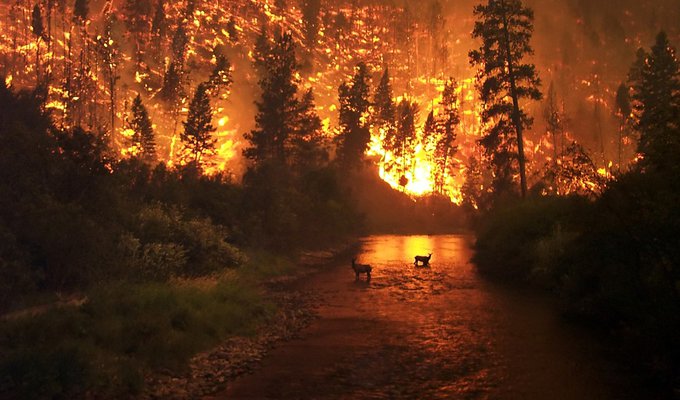 This year the Northern Hemisphere has seen an extraordinary number of wildfires, raging from sunny California to the icy Arctic Circle.

One fire burned through a town called Monchique (pronounced “mon-SHI-kay”) in Portugal. It injured almost 50 people, drove 2,000 people from their homes and took over 1,000 firefighters to contain.

What’s interesting is that three months earlier scientists made a map of Portugal showing the areas most at risk of a major blaze during the year’s fire season. The region they said was most likely to suffer from a major wildfire? Monchique.

But how did they know?

Wildfires need three things to thrive: the igniter, such as a cigarette, a spark from a campfire or even a lightning strike; the fuel, most often plants, particularly dry bushes or branches; and the right weather. High temperatures, wind and dry air can spur fires to move faster and engulf more land.

Every 15 minutes, a set of satellites orbiting hundreds of kilometres above our heads, complete a full scan of Europe. They provide up-to-date information about weather, plants and the amount of heat being given off by ongoing wildfires.

Combined with clever, weather-forecasting super computers, the satellite pictures revealed something interesting: There appears to be a tipping point where a harmless fire rages out of control, growing into a deadly wildfire that’s almost impossible to contain.

Knowing exactly what this tipping point is, scientists were able to predict the chances of a dangerous wildfire breaking out across Portugal. Soon, with the help of satellites, this could be done for other countries, too!

Early fire warnings are crucial to help fire-fighters cope with these disasters. They can even be used to prevent fires by giving governments time to set strict rules about fireworks, burning rubbish and using equipment that creates sparks.

This Space Scoop is based on a Press Release from EUMETSAT .

A hidden map of the invisible magnetic Universe 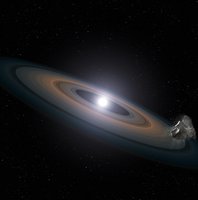