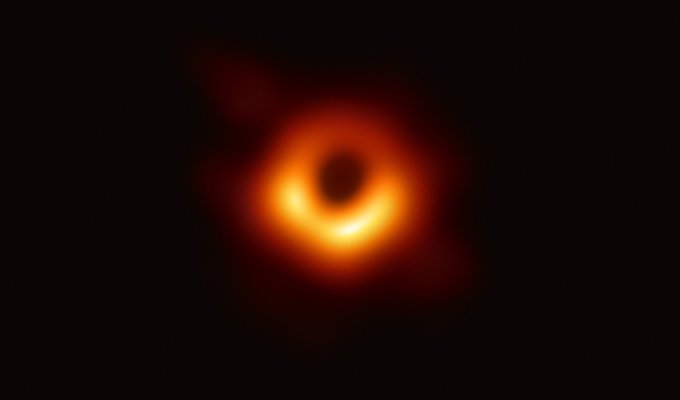 While they’re not hiding in your closet or under your bed, monsters do exist in space. For the first time, astronomers have captured an image of the boogeymen of the Universe: a black hole.

Black holes lurk in the dark, waiting for unsuspecting planets and stars to stray too close. And when they do, they become the black hole’s dinner! These mysterious objects form when a massive star dies and is squashed down into an incredibly tiny space. Black holes' very strong gravity can even swallow-up light if it gets too close.

A large group of astronomers from around the world set out on a collaborative and challenging goal: to take the toughest photo-portrait ever. This team wanted to capture the first image of a black hole for the world to see.

To do this, many telescopes positioned all around the globe observed the black hole so scientists could have lots of eyes on their target. This was collectively called the Event Horizon Telescope because it intended to image the horizon of the black hole beyond which no events are seen.

While most of the light disappears down the black hole, light rays get bent and twisted, because the black hole is a strange beast indeed: it acts as a distorting mirror. The image shows a dark central region (the black hole’s shadow) and a ring-like structure around it. This glowing ring is the black hole’s event horizon, beyond which nothing - even light - can escape.

This text is based on a story by Dr. Hara Papathanassiou.

The data that the collection of the 8 ground-based telescopes collected as part of the Event Horizon Telescope project to take this portrait of a black hole was so immense that it could not be transmitted via the Internet. Instead they used numerous tapes which had to be flown weekly in a large plane to special supercomputers.

Why is the Sky Dark at Night?