The Mystery of the Monster Pulsar
23. september 2016 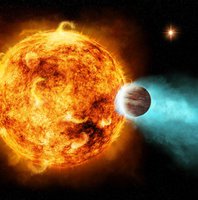