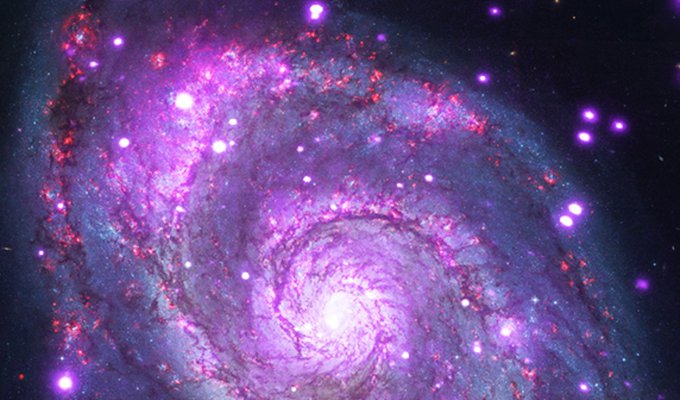 Most of the stars in the Milky Way galaxy are not like our Sun, floating through space alone. A whopping 8-out-of-10 of the most massive stars have one or more companion stars. A pair or stars orbiting each other is called a “binary system”. This photograph shows the flamboyant spiral galaxy called Messier 51. Each point of vivid purple light we are seeing glittering in this picture represents a special type of binary system. We call them ‘X-ray binaries’ because they are pairs of stars shining in X-ray light.

Each X-ray binary is made up of a normal star and a star which has passed beyond the end of its life. These companions are exotic things, most commonly a neutron star but sometimes, a black hole.

If the stars are close enough together, the strong gravity of the exotic companion can drag gas off the normal star into a ring itself, before gobbling it up. When this happens the material is heated to over a million degrees and begins shining light as X-rays.

And the stronger the gravity, the brighter the X-rays. This picture of Messier 51 has revealed that at least ten of the X-ray binaries in the galaxy are bright enough that they probably contain black holes. In eight of these pairs the black holes are pulling material away from gigantic companion stars that are much more massive than the Sun!

After studying many stars within the Milky Way, astronomers have found evidence that the more massive a star is, the more likely it is to have a companion. 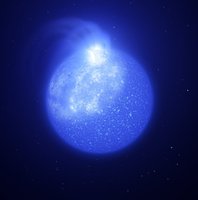