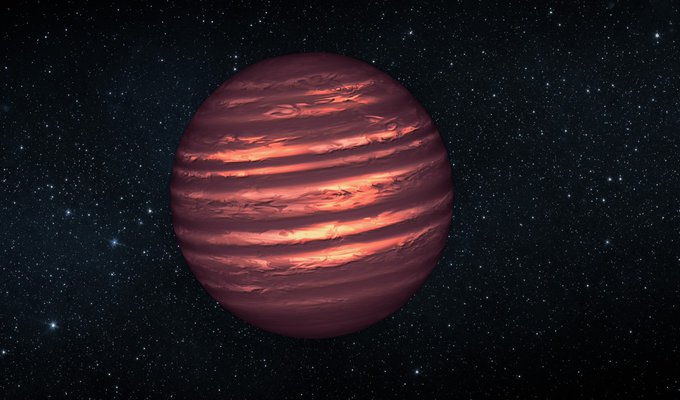 As clouds of cosmic gas shrinks, they grow denser and hotter. When the temperature at the core reaches a scorching 10 million degrees, the clump officially flares into life as a bright new star.

But not all collapsed clouds manage to reach the extreme temperatures needed to be born as a star. Those that don’t are known as failed stars, or ‘Brown Dwarfs’.

This makes them remarkably difficult to spot. So far, we’ve found just 3,000 in our galaxy, but astronomers think that many more are lurking in the dark.

In fact, a team of scientists searching for these failed stars, found one brown dwarf for every two stars when they looked in several nearby regions of the space.

And this generous estimate doesn’t include the smallest and faintest brown dwarfs, so that number could actually be much higher!

Brown dwarves are half way between gas giant planets (like Jupiter and Saturn) and stars. They shine their own light and can have planets around them like stars, but they have atmospheres, clouds and storms, like planets.

Sunspots or Beauty Spots: The Sun’s More Attractive Than Ever!