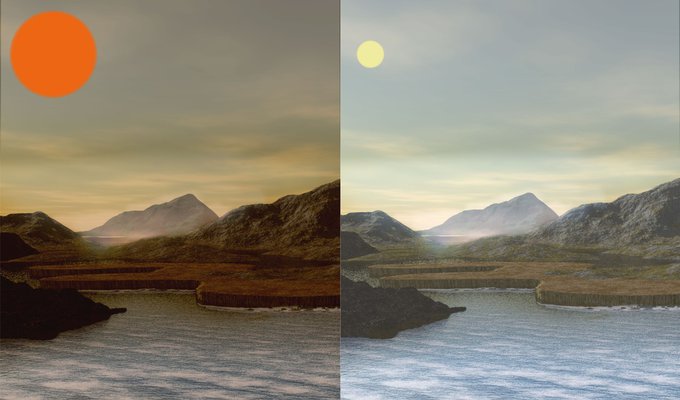 In the 1980s, the Galileo spacecraft flew past Earth on its way to Jupiter. The flyby gave us a unique opportunity to use powerful instruments to look for signs of life on our home planet. Signs which might also be visible on other planets with life.

While looking at Earth, Galileo did notice some obvious signs of life. Areas of grassland and forest were absorbing a lot of visible light (that's light our eyes can see). This is because plants absorb light and convert it into energy to survive.

But there are types of light that plants on Earth don’t absorb, such as Infrared (a type of light that’s invisible to our eyes). This is because the first plant life on Earth grew underwater.

Sea water quickly absorbs infrared light, whereas visible light can pass deeper into the ocean. Therefore, these plants evolved to survive on the visible light that could reach them underwater — a trait that survives to this day.

When looking for life on other planets, scientists often look around red dwarf stars, which are the most common type of star in the Universe.

Red dwarf stars are smaller and cooler than our Sun, and most of the light they give off is infrared. This led scientists to believe that forests and grassland on planets orbiting around red dwarf stars would absorb more infrared light than plants on Earth.

However, this might not be the case if these plants first evolved underwater, beyond the reach of infrared light. As long as they once grew under the sea, plants on alien planets might look just like those on Earth!

The earliest plants lived on Earth 3 billion years ago. Today around 400,000 different species of plants have evolved. They range in size from tiny seedlings to towering trees, bigger than any other living thing.

The ‘O’ So Big Gobstoppers of the Universe! 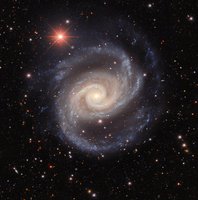