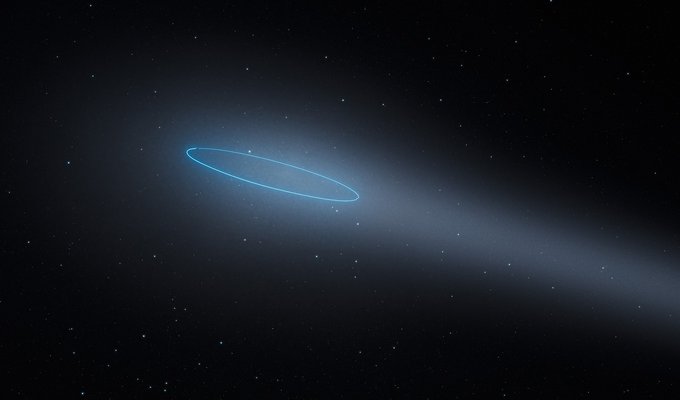 Even with their telescopes, astronomers sometimes see double — a comet has been discovered that is also two asteroids!

Asteroid 288P is located far away in the asteroid belt between Mars and Jupiter, making it difficult to observe. However, it recently traveled closer to Earth, allowing us to finally get a detailed look. It was a big surprise to discover that 288P is not one, but two asteroids!

The asteroid couple is a so-called “binary asteroid”, which means they are siblings that orbit each other. Actually, because these two are almost the same size and weight, they are like twins!

Being able to measure how heavy these asteroids are is an impressive accomplishment. On top of that, scientists found that these are the first asteroid twins spotted acting like a comet!

Solid ice on the asteroids was seen melting in the heat of the Sun — just like the tail of a comet. This makes 288P the first binary asteroid that doubles as a comet!

All these unique discoveries have left scientists wondering whether they will ever find another object like 288P. Until we do, astronomers consider themselves very lucky to have had double vision.

Did you know that current research suggests that water was not brought to Earth by comets, as long thought, but via icy asteroids?

This Space Scoop is based on Press Releases from Hubble Space Telescope , ESA . 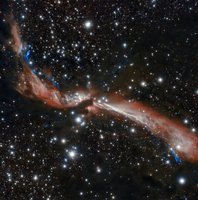