AI Reveals Black Holes and Galaxies Grow up Together
Jan. 13, 2023 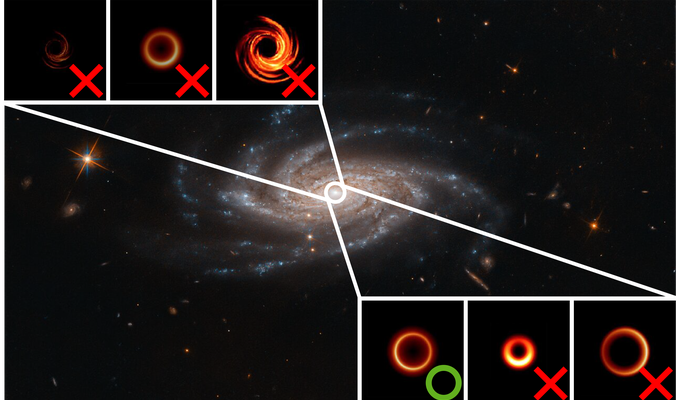 Astronomers recently found that the growth of a galaxy and the growth of the supermassive black hole at its centre have a lot in common. By training a computer to study and model the data, scientists were able to confirm this decades-old theory.

Astronomers have always been curious about how black holes form and grow. Most of the galaxies in the Universe, like our Milky Way, have a supermassive black hole at their centre. These black holes are so massive that they can grow up to be 100,000 or even millions (or billions!) of times more massive than our Sun!

To understand how black holes grow, a team led by astronomers of the National Astronomical Observatory of Japan (NAOJ) and the University of Arizona developed a computer program. The program studied the existing astronomy data and suggested different ways or ‘rules’ to predict how supermassive black holes grew over time.

The researchers found that supermassive black holes grew extremely fast when the Universe was only a few billion years old, and then their growth slowed down. The results go hand-in-hand with what we know about the evolution of galaxies: they also grow up forming stars at a high rate in the early years and then slow down until they stop growing.

With these exciting results, astronomers can now study how black holes and their host galaxies grow at the same rate, and what maintains the balance between the galaxy and the black hole at its centre.

Black holes are much smaller than the galaxies in which they live. If the Milky Way were the size of our Earth, its supermassive black hole would be the size of the period at the end of this sentence.

Not Your Average Superhero