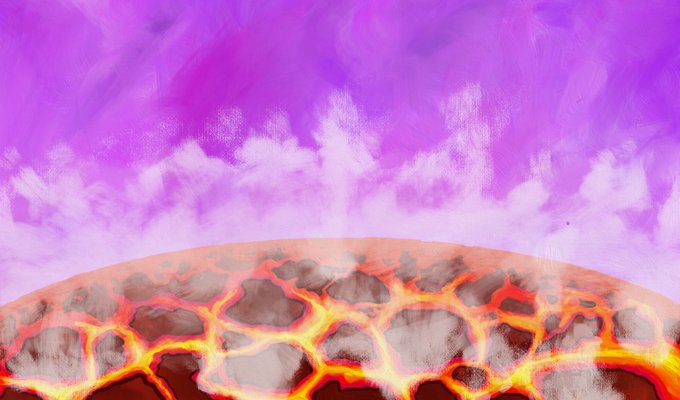 A new study shows that exoplanets like our Earth, with oceans and beaches, might be more common than we thought – especially around red dwarfs. But what does having ‘beaches’ on other planets mean and what do they tell us about life on these planets?

To have liquid water on its surface, a planet needs to orbit the host star from a certain ‘range of distance’ where the temperature is just right. This range is known as the 'habitable zone', where life can possibly grow. When a planet is within this 'habitable zone', the interaction between its seas and land allow natural processes that help maintain a climate to support life, just like on our Earth.

Recently the team led by Tadahiro Kimura from the University of Tokyo and Masahiro Ikoma from the National Astronomical Observatory of Japan (NAOJ) developed a new simulation and got some positive results.

By studying water resulting from interactions between the hot, molten surface of a young planet and its early atmosphere, the team found that the water content in planets ranges much wider than expected. The study then goes on to show that within this range, there could be more of these Earth-sized planets in the habitable zones of red dwarfs with enough water to support an ideal climate.

This is a very good sign for future exoplanet survey missions such as TESS and PLATO, expecting to find other ‘Earth-like’ exoplanets before the end of the decade.

Image: Artist’s impression of the molten surface of a young planet reacting with its atmosphere to form water vapor. Credits: Tadahiro Kimura

It has been 30 years since the discovery of the first exoplanets. More than 5,000 planets are now confirmed to exist beyond our solar system, and over 1500 of them are super-Earths.

A Monster in the Middle