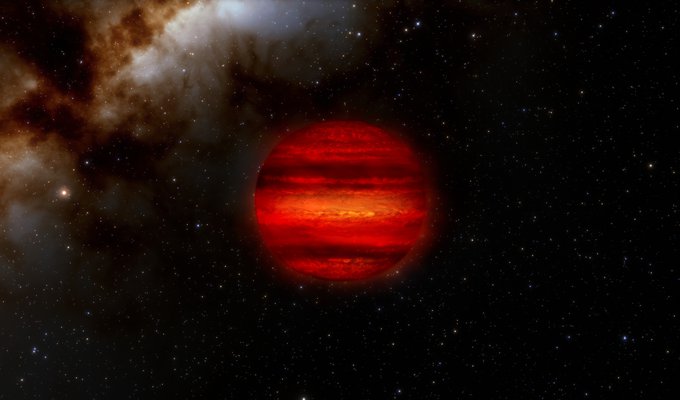 “Failed stars”, brown dwarfs are halfway between a star and a planet. They form like stars but are more like giant planets. In fact, they are bigger than planets, but smaller than stars: they can have a similar diameter to Jupiter but have up to 80 times the mass of this planet.

(We are talking about enormous dimensions here: if Jupiter were a giant cosmic bowl, we’d need more than 1,300 Earths to fill it)

Like planets, brown dwarfs rotate around their own axis, quite like a spinning top or an ice skater.

The catch is that these objects rotate fast, very fast — and a team of astronomers have found the fastest-spinning ever seen. They rotate ten times faster than normal brown dwarfs!

By using NASA’s Spitzer Space Telescope and other ground-based telescopes like the Gemini North in Hawaii and the Magellan Baade Telescope in Chile, scientists found brown dwarfs that complete a full rotation every hour.

Think about it: our Earth makes a full rotation every 24 hours — or better said, every day. If we were on top of a fast-spinning brown dwarf, a whole day would last only one hour!

These newly-found brown dwarfs spin ten times faster than the normal ones of their kind. The team that found them concluded that if these objects rotate at higher speeds, they can tear themselves apart.

In other words, these brown dwarfs have reached their speed limit and cannot spin any faster!

Discovered in 1995, brown dwarfs could be the hottest planets or the coldest stars in the Universe. According to a 2017 study, our Milky Way is home to possibly 100 billion brown dwarfs — roughly half as many stars in our galaxy!