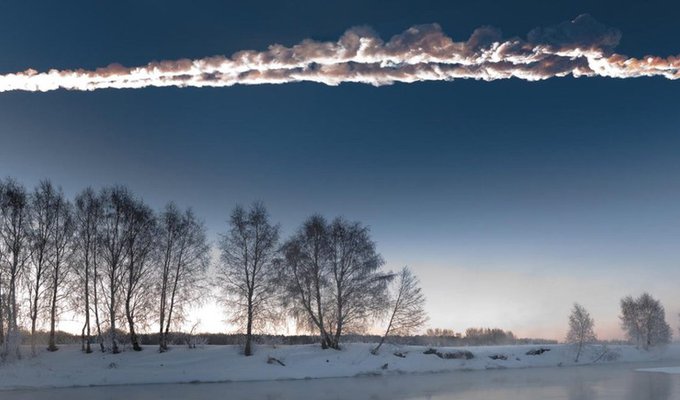 On 30 June 1908, a fireball was seen streaking across the morning sky in a remote area of Russia. Seconds after, an explosion ripped through the air with enough energy to destroy an area of forest almost the size of Tokyo, flattening about 80 million trees.

The earth trembled, windows smashed, and in a town 60 kilometres away, people felt the heat from the blast.

Luckily, the area in which this disastrous explosion occurred is remote and hardly anyone lived there, so there were no reported human casualties.

This event is now known as the ‘Tunguska event’. It is believed to have been caused by an asteroid at least twice the length of a blue whale, which exploded about 10 kilometres above Earth’s surface.

When it occurred 109 years ago, humanity wasn’t able to predict such events, but today we have many missions dedicated to finding and monitoring asteroids.

Every year, on 30 June — the anniversary of the Tunguska event — people around the world celebrate International Asteroid Day. A day devoted to making people aware of the risk of a future asteroid impact, and an opportunity to discuss how we can minimise this cosmic threat.

If you’d like to get involved, or just learn more about asteroids, you can find a list of Asteroid Day events being hosted around the world at asteroidday.org/event-guide/ or try one of our activities.

Or you can join the hunt for asteroids and help map their path through the Solar System with Agent NEO and Asteroid Tracker.

Bigger asteroids have hit the Earth than the one which caused the Tunguska event. 66 million years ago, the Chicxulub asteroid wiped out most of the dinosaurs.

Rollercoaster Ride Back to Earth